How to Deal When You’re Suffering From Incontinence

Just because you’ve had a baby doesn’t mean you need to live with bladder leakage for the rest of your life.

Noelle had been dealing with bladder control issues for years. After the birth of her daughter, just being outside in the cold air would make her have to pee.

“I thought everyone dealt with a little bit of leakage after a certain age. I was highly misinformed,” she says. “What I was dealing with wasn’t normal.”

Noelle is not alone. In fact, one in three women will experience incontinence, and more than 200 million people suffer worldwide.

Noelle decided to do something about her issue and booked an appointment to see a physiotherapist to address her pelvic floor.

In fact, one in three women will experience incontinence, and more than 200 million people suffer worldwide.

“I had been dealing with leakage for years, even before I had my daughter and enough was enough. I wanted to do something about it before it got worse.”

While childbirth is a risk factor for incontinence, registered physiotherapist Laura Apps says women should ideally start thinking about their pelvic floor health before they even get pregnant. In fact, working with a physiotherapist to strengthen your pelvic floor can help with delivery and recovery.

A painful pregnancy caused Alice* to seek out a physiotherapist. She was experiencing excess swelling and pain in her pelvis and could barely stand.

“I was in so much pain. I could hardly do my job. My midwives suggested physiotherapy to help decrease the pain and pressure. I had some scar tissue left from my first pregnancy that was pulling with gravity and the weight of the baby,” she says. “Without a doubt it helped me through my pregnancy.”

You don’t have to be experiencing a problem to see a physiotherapist. You can always come in for a pelvic floor ‘check-up’. At these appointments, your physiotherapist will look at your lifestyle as well as your muscle tone. You’ll be asked about your diet, your activity level and you’ll  have an internal pelvic exam. (Don’t worry, it’s pretty quick and painless.)

You don’t have to be experiencing a problem to see a physiotherapist. You can always come in for a pelvic floor ‘check-up’.

Apps says approximately 90 percent of the clients she sees are coming in because they are experiencing a problem.

Physiotherapy is not generally included in provincial health care plans but you may have coverage under extended health care plans. You’ll likely require a referral from your family doctor.

Pelvic floor issues will vary as well as the treatments, Apps explains. Some clients experience a prolapse during labour which means that either the bladder, uterus or anus has become displaced during delivery. Most women describe a prolapse as a heavy feeling in the pelvis and it may be accompanied by incontinence. While some degree of displacement can be normal after a vaginal birth, it may become more severe with each subsequent pregnancy, says Apps.

“There are grades of prolapse,” she says. A severe prolapse will likely require surgery, and strengthening the muscles can improve those results, says Apps.

Surgical options vary as does coverage under provincial health care plans. The most common type of surgery is Urethra Sling Surgery.A sling is  placed under the urethra for support to help with stress incontinence. This popular procedure can be done under local anesthetic and recovery is only about two weeks. Studies show that this can be an effective long-term treatment for symptoms of stress incontinence, which is when you pee when you cough or sneeze.

While some degree of displacement can be normal after a vaginal birth, it may become more severe with each subsequent pregnancy, says Apps.

A popular treatment option for prolapse is  Transvaginal Mesh surgery in which vaginal mesh is used to support the organs. In the past there have been concerns about the side effects and overall safety of this option. Be sure to ask your doctor about any concerns you may have.

Aside from pelvic physiotherapy, there are a few other non-surgical options for incontinence that have been approved by Health Canada.

MonaLisa Touch vaginal laser is a FDA approved non-surgical procedure in which a device is inserted into the vagina and pulses of laser energy stimulate the collagen layer to trigger production of new collagen. Treatment consists of three 10 minute sessions spaced six weeks apart. As well as assisting with mild to moderate incontinence, it can also assist with increased moisture. This painless procedure is not covered by provincial healthcare plans.

There is also a version on the market called vSculpt. This handheld device is used at home and  uses LED (light emitting diode) technology to use heat and sonic vibration to help restore the pelvic floor. The handheld device costs about $400. It addresses the symptoms of prolapse such as weak pelvic floor muscles, but should not be used by pregnant women.

Before you explore any of these options, talk to your healthcare provider to find a treatment that’s best for you. No matter what road you take, there is help available to restore your pelvic health.

*Name has been changed. 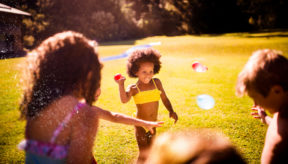 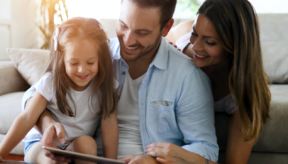 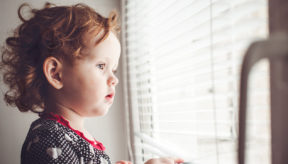