Partner Post•Baby Gear
Back Next

Pumping in Style and Silence (and a chance to win!) 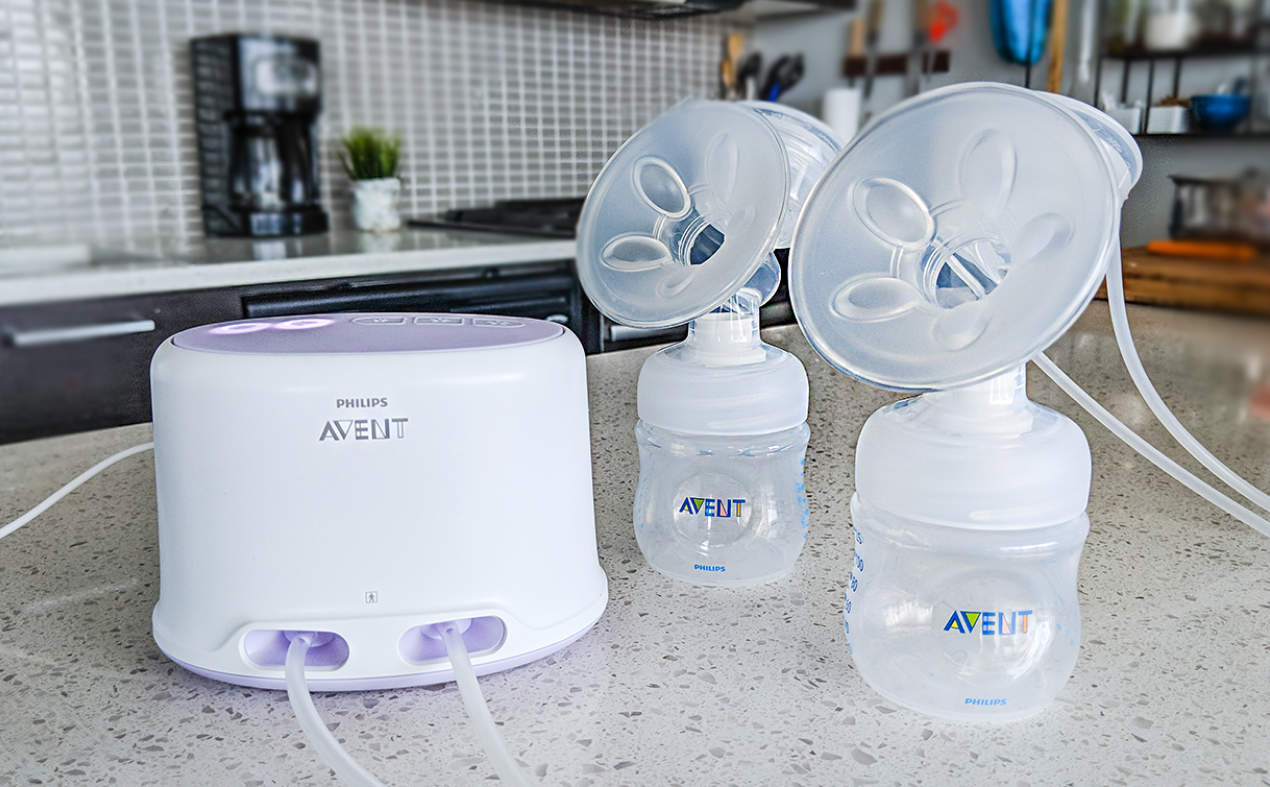 Feeding your baby is often the first major challenge new mothers face. Our writer had her hands full when she gave birth to a set of twins. She shares her experience with pumping using the Philips Avent Double Electric Breast Pump.

Said no mom, ever.

Let’s face it, ladies – pumping is not an enjoyable leisure activity that we choose to do in our precious spare time (lol, what’s that?), for fun.  Pumping, for most, is a necessity. Something we must do so our babies can eat, or, more importantly, so our boobs won’t explode.

Some mothers choose to exclusively pump, to which I say, Godspeed and good luck.  If you know of women like this, please buy them a gift card to somewhere fancy. It never occurred to me that I would have to pump so soon after the babies were born, and so often. I had very misguided ideas that breastfeeding was going to be this magical bonding journey for me and the twins, that my body would instinctively know that it had to produce enough milk for two tiny humans and that I wouldn’t pump until I went back to work. HA! Yeah, no.

Yet, I carry on.  Clogged ducts and blistered nipples, to boot. Why would I endure this self-inflicted torture, you ask? Because I have seven-month-old twins to feed, and they are some hangry hungry babies. That’s why.

Let me give you a little backstory on our feeding journey.  Arriving a little ahead of schedule at 36 weeks and five and four lbs., respectively, my little man and baby girl were born with an appetite to match my husband’s. Problem was, my breasts weren’t quite on the same timing as the babies and I had zero milk for them.  From day one we were supplementing with formula while I tried to squeeze out drops of liquid gold with the hands-on help of a lactation consultant, and I was pumping in my spare time to try to get the goods flowing. I was put on a routine to feed/supplement/pump every two to three hours, eight times a day. And, I did it. I didn’t leave the couch or my home for weeks on end, but, I did it.

Since then I have gone through four different double electric breast pumps. Four.  That’s a lot of pumps and a lot of money. Each one had its advantages and disadvantages… well, mostly disadvantages based on how quickly they died.

When I was given the chance to review the Avent Double Electric Breast Pump I was super pumped – pun intended.

Avent is definitely one of the best known brands when it comes to retail breast pumps, and one that I surprisingly had not tried yet.

It’s Pretty. The first thing I noticed was how cute it was. I know what you’re thinking but, yes, looks matter. I mean, I wouldn’t not purchase a breast pump purely based on the aesthetic value, but it sure helps when it looks like a minimalistic piece of home decor instead of a boat anchor or a medieval torture device. And I’ve had both.

It’s Quiet. The second thing I noticed was how quiet the motor was. Like, incredibly silent compared to my last pump, may it rest in peace. It’s quiet enough to use at night and not wake the babies, and quiet enough to ensure my husband doesn’t turn the TV volume up to stadium levels when we’re crushing some Netflix.

It’s Compact. This is at least 1/100th the size of the boat anchor hospital grade pump the Lactation Consultant convinced me to rent, and that is much appreciated when you are changing pumping locations throughout the day or have two almost-crawlers to keep eyeballs on.

It has two phases. The Philips Avent Double Electric breast pump has a letdown mode to use at the beginning of your pumping session, and then 3 different speed modes for the remainder. The letdown phase is also great for shocking you awake if you zone out during the pump phase.

There are interchangeable pieces. The bottles and tube connector pieces also work with the Avent single manual pump pieces, which is awesome if you (like me) stash the hand pump in your bag so you can leave the house for longer than 2 hours. I can also use other bottles and tubing with the motor without an adapter.

High output.  During my first pump session with the Philips Avent Double Electric Breast Pump I expressed double the amount of milk as my current pump in the same amount of time (25 minutes).  I’m not sure if breast pumps are like shampoo where your body gets used to one thing and a shiny new thing comes along and wows that pants off you, but man, that was one efficient pump.

Low Portability. The motor unit uses an AC adapter with a decent length cord, but there is no battery option if you want to go portable. I’m guessing that would severely impact the suction and speed, so it makes sense to keep it locked into an outlet but if you like to do things while pumping, it wouldn’t be possible.

No Suction Levels. While there is the letdown mode and then three speed modes, there is no suction adjustment option. This might be an issue for mamas with sensitive nipples and breasts, or those who have to pump multiple times a day. That being said, I expressed significantly more breast milk during the letdown stage than my other pump, but keeping it on that mode for longer than a few minutes was fairly aggressive.

Two Boobs Only. The connector ports for the tubes to the motor are separate; there is no splitter or cover in the case that you want to pump just one breast.  This is something that I do often as I have one boob that has more milk and a faster flow when nursing, but gets a little stage fright when pumping. So I tend to pump one while nursing one baby on the other.

Inserts Limit Suction.  Unfortunately for me, the shield inserts decreased the suction quite a bit so the pump wasn’t very effective. When I removed them, the suction was back at 100%. Though the inserts were actually a more appropriate size for my nipples, I had a far better result without them.

Overall, I was very impressed with the amount of milk I was able to express using the Avent Double Electric Breast Pump. And at the end of the excruciatingly-long-mom-day, that’s what matters the most. Secondary to that is the look, feel and sound of the pump, and that it doesn’t hurt. I do wish I had some control over the suction strength and letdown speed for days when I pump four to six times and the girls are tired and over it, but then I can use one of the bottles to attach to my manual pump and take care of business that way.

This is a great pump to have in my rotation if I need to skip a feeding and need to get the most out of a 30-minute sit down, or at the end of the day when I’m trying to finish up some work like a madwoman. Kind of like right now 😉

Want a chance to win an Avent Double Electric Breast Pump of your own? We are giving one away. Enter here. Kelsi Hamilton is a former professional athlete and new mom to twins. She started travel blogging way back when Comic Sans was considered "edgy" but now writes about the trial and error of motherhood over on kelsinwonderland.com. In her spare time, she likes to eat pancakes at an adorable Toronto diner, solo. 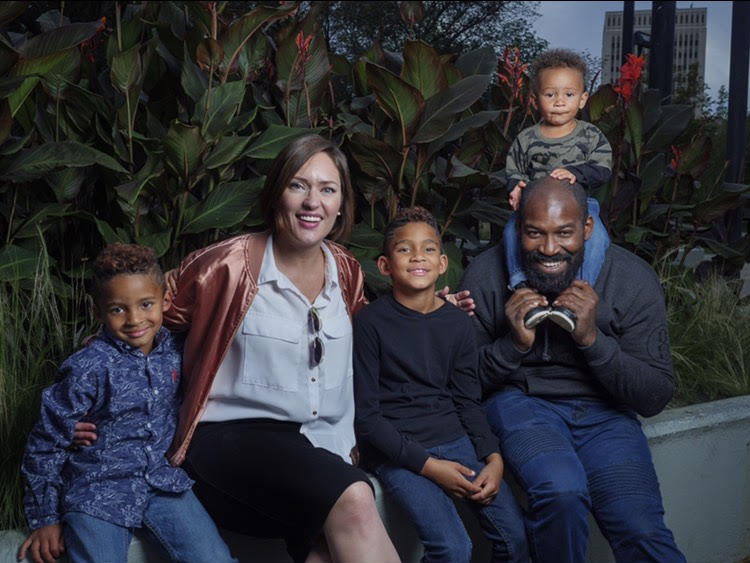 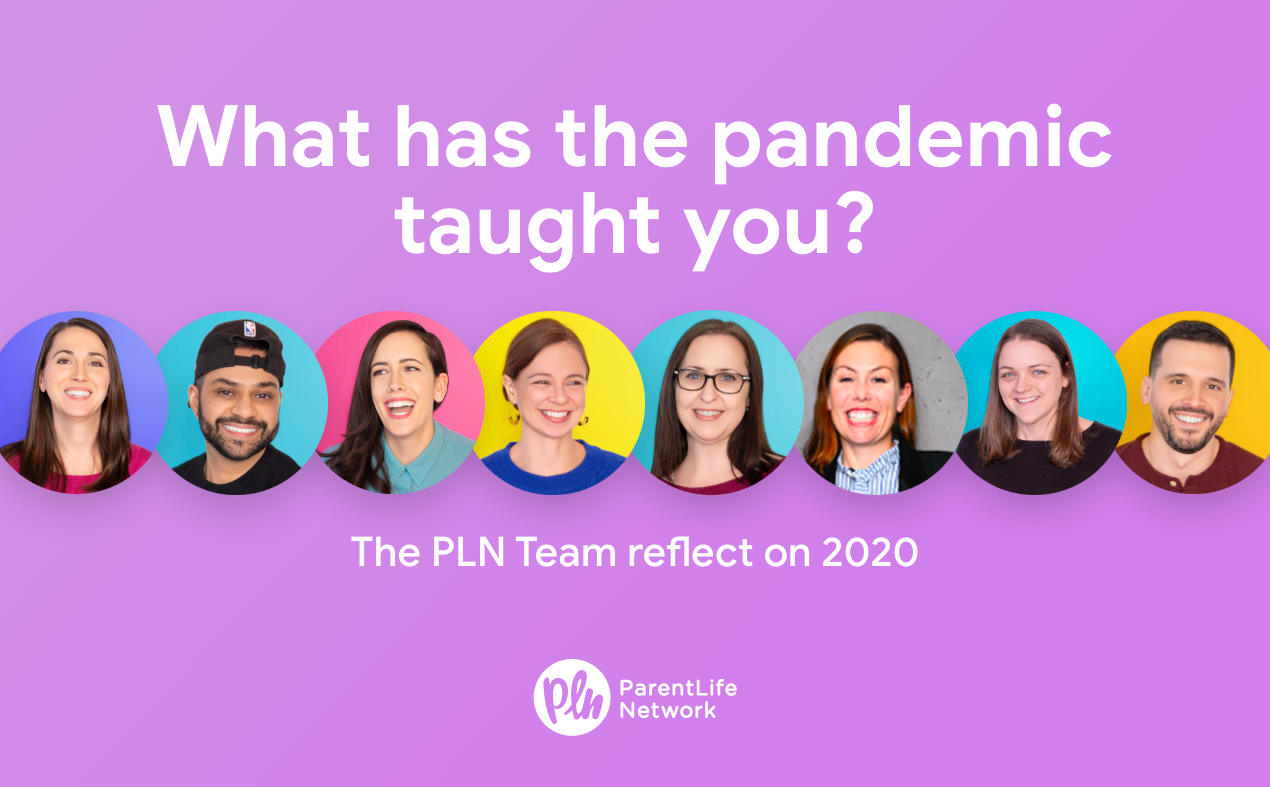