8 Reasons You Should NOT Try Cloth Diapers 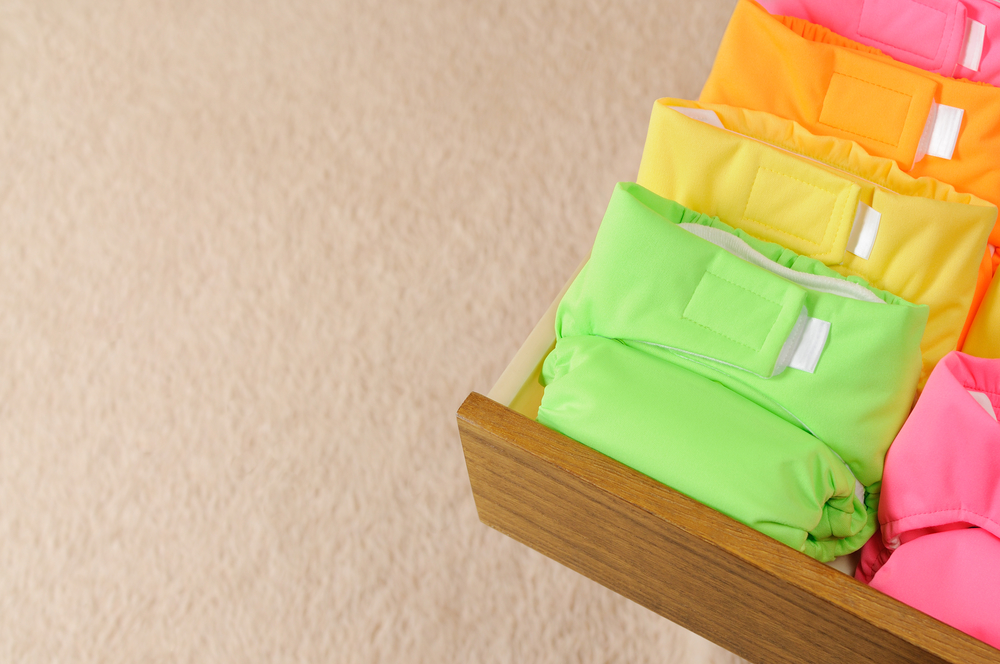 Cloth diapering is becoming much more popular but it’s still seen as a little bit “out there” and there are a lot of reasons not to try cloth diapering:

I don’t want to touch poop

I mean really, who does? But the reality of kids (and life) is shit happens. You’re going to touch it sometime whether it’s when you check for poop and it’s dangerously close to the edge or when you’re cleaning up a poop-splosion that is sure to catch you off guard when you’re least expecting it. Really, changing a cloth diaper does not get any more poop on you than a changing disposable. Plus if you’re properly equipped (with liners or a good diaper sprayer), getting rid of the poop from cloth is really no worse than disposables since you should plop the poop from disposables in the toilet too (say what? yep, it used to be printed on most disposable diaper packages.)

It’s true that cloth diapers can develop quite an aroma. But so can any diaper left alone too long (maybe they’re fuming from neglect) and there are ways to keep the smell at bay. Just as taking disposable diapers out to the bin regularly is key, washing cloth regularly will also keep smells at a minimum. You can also help prevent excessive stinkage by storing the diapers in an open container with good airflow or in a closed wetbag, though be careful of the stink when opening it, that smell will knock you down!

Then there’s all the extra laundry

Newsflash, you’ve created a tiny little poop producing, spit spewing, mess making, trouble finding human, there’s going to be laundry no matter how you diaper (or feed or carry or sleep…) Cloth diapers only create one or two extra loads of laundry a week and your washing machine does most of the work, it’s not like you’re out back with a washboard (and if you are, you’re probably already using cloth diapers). And you can always combine diapers with your other wash to save time and wash cycles.

Eww, I would never put my clothes in with poop

Haha, you’re funny. What exactly do you plan to do with all those clothes and blankets and car seat covers when your baby has diaper blowouts (which, by the way, are less likely to occur with cloth diapers)? What about when you decide to potty train your sweet little dumpling who has zero interest in actually pooping in the potty? You’re going to hand wash all that stuff? I doubt it, you don’t like to touch poop, remember? It’s called a pre-wash and it gets all the major ickies off your diapers before you add extra laundry for a longer main wash (plus you’ve already put the poop from your diapers in the toilet…)

I don’t have time for that

But you do have time for emergency runs to Target when you’re down to one diaper or for scouring the weekly ads and clipping coupons to save some money? The time it takes to wash, dry, fold, stuff and otherwise manage cloth diapers is way less than the time it takes to load the baby in the car, drive to the store, wander around and buy all the other things you don’t need, check out, wrestle the baby back into his car seat and drive home. Trust me, you won’t miss the midnight diaper runs one bit!

But I’m a “modern” mom, cloth diapers are for those old-fashioned and hippie moms

Yes, those people totally use cloth diapers. But cloth diapers also have a pretty solid following from the frugal mom crowd as well because who doesn’t like saving money? Besides, saving your baby’s butt from possible allergic reactions and saving the world from excessive waste that won’t biodegrade for hundreds of years is pretty cool too.

So instead you’d spend $30 on a box of things that are going to be pooped on and then thrown away? At least the $20 thing can be popped on hundreds of times and reused. Plus, not all cloth diapers are that pricey, there are plenty of options that are much more affordable like using covers and flats or prefolds. And bonus, when you’re done, the $20 thing can be resold.  The $30 box and all of its contents just end up at the curb.

It’s all so complicated

Cloth diapering can be overwhelming when you first start looking. What’s the difference between covers, pockets, hybrids, fitteds, all-in-ones and all-in-twos anyways? From the super simple velcro all-in-one that goes on just like a disposable to the more complicated versions that require snapping, stuffing or pinning, the good news is, there’s an option that can work for every parent which actually makes cloth diapering cheaper and easier than using disposables.

Do you cloth diaper? Why or why not? Melissa is a homeschooling, ballerina mommy of four and lives by the motto “Life is never boring when you’re never alone, but I know somewhere out there, there is life Beyond Mommying.” She shares her parenting adventures on her blog Beyond Mommying. You can also find her on Facebook, Twitter, Pinterest and Instagram.