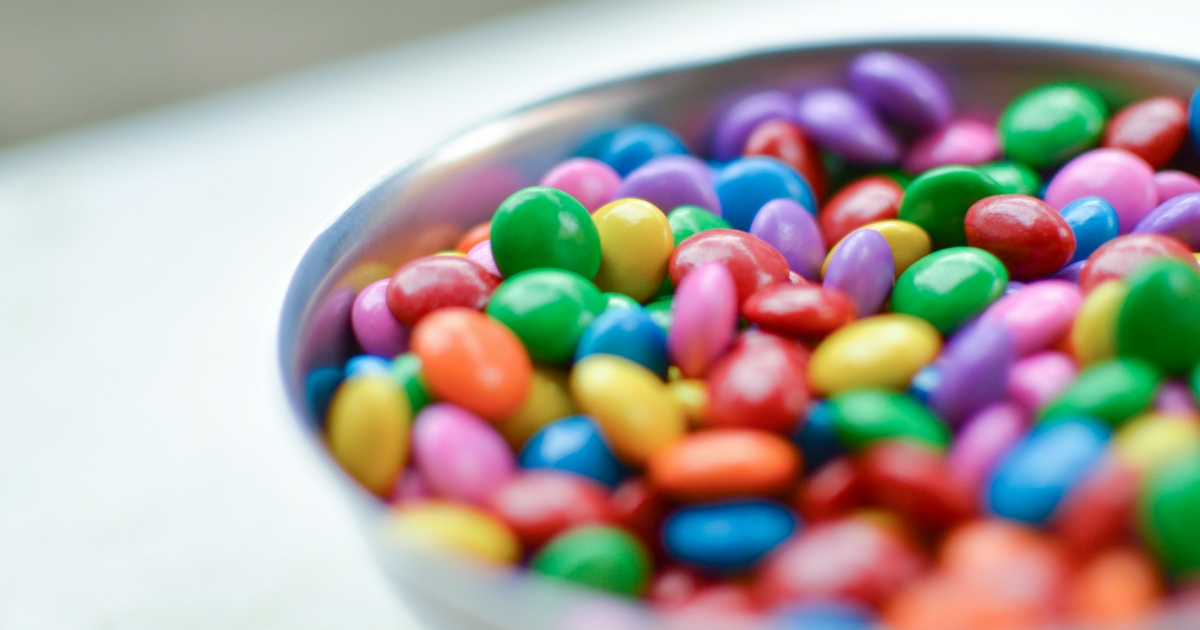 Am I the only one fighting a losing battle with their spouse over food?

My husband grew up in a home full of lovely food. His mom is an amazing baker so homemade treats were always on the menu. His younger sister would gorge on so much candy each Christmas she would end up getting sick. Homemade bacon sandwiches found their way into my husband’s backpack well into high school.

My childhood was much different. My mom liked to bake, but insisted on hiding nutrition. So, our cookies were full of zucchini, our cakes full of carrots and we begged for store bought. My mom once decided we all needed to go on this weird diet where we avoided dairy and meat. I was eating ‘Rice Dream” instead of ice cream and wheat germ instead of…I actually still have no idea what the point of wheat germ was but I instinctively remember consuming it.

My parents divorced when I was young, so we would have a twice a month reprieve when I went to visit my dad on the weekend. He ruled the roost with chef Boyardee, Captain Crunch and steak sandwiches. I was a great balance for us kids growing up.

When it comes to our daughter’s nutrition, my husband and I don’t exactly see eye to eye. He loves to give the girls junk and I hate that he does it. My husband was a chunky kid. He discovered sports and weight lifting in high school and became popular and muscular. He sees extra weight the way I think many men do, as no big deal. Unfortunately, in our society women are judged harshly for their appearance. I want my daughters to have the healthiest start they possibly can.

So, my husband and I battle it out. He buys junk and I hide it. For Halloween this year my husband found it necessary to buy 500 chocolate bars even though we are lucky to get 50 kids. While he was out with our girls I gave it away by the handful, desperate to get it out of the house. Despite my efforts, the kids still came home with a large reusable grocery bag full of treats. I did the only thing I could.

I gave it away.

I told each daughter they could fill up a bucket full of their favourite things and then I called a local teen shelter and offered them our treats. When I told my daughters they had a mostly positive reaction. I explained the candy would be going to kids without parents and that my two youngest girls could accompany me to drop it off the next morning. They happily sorted through their bags and made up their buckets without any fuss.

My husband, on the other hand, was a different story.

When I explained my idea to him his exact words were: ‘by homeless shelter do you mean me taking the candy to work?’

‘No, I already called the shelter and I am taking the candy in the morning.”

His response was much less mature than my three-year-old. He insisted that he also needed a bowl of candy and then took it upon himself to upgrade to a shopping bag for his treats. He then put it in his car so he could eat it at work.

The next day I was preparing a homemade chicken pot pie. I was feeling fairly positive about the meal since it included many favourite foods like carrots, chicken and pastry but I had also managed to sneak some spinach in. I stepped out for a workout at the gym before consuming this calorie ridden meal and upon my return my youngest decided to sell her dad out.

“Daddy gave us chocolate and chips,” she announced as I walked through the door.

Surprisingly the children then refused to eat their meal offered to them 30 minutes later. And so the battle continues…

And so the battle continues…