The perfect storm happens once a week in my house. Our domestic bliss is interrupted every Tuesday night. I wake up dreading it. I count the hours until it comes.

A year ago I would have loved to have this problem. Soccer sign up came and went and without the $300 to fork over to the local league my kids were SOL for the summer. This year I was determined they were going to play. Despite the fact that they had already danced, swam and did gymnastics all year (can you say overcompensating?) I was determined they would be on the field this year. So when sign ups came around I was on the ball and filling out forms. I asked my oldest if she wanted to play on a team with her two best friends.

Now it’s important to note that this kid has tried baseball before. When she was almost three I spent a few miserable months trying to convince her to hit at a tee for blastball and cursed my stupidity for signing a two-year-old up for any sports. I looked into baseball for her. She would be on a little league team and I would need to invest in pants and a helmet.

First of all, this five year-old acted as if she was doing me a favor by agreeing to take on the sport and second of all I am putting her into sports so she can run off some energy. In my opinion baseball is a hard sport for my five year-old to learn, whereas soccer is organized chaos. But the organized chaos will help them sleep.

Since my oldest didn’t seem to have too much interest in sports this summer, I decided to sign my youngest two up for the same team thinking I was being smart. Because I failed to sign up early we ended up with a 7pm time slot. Hmmm, that is usually bed time, but it should be fine in the summer, right?

I then found a local church league that offers soccer and bible songs for neighbourhood kids. This sounded good to me and beneficial for my daughter who could use a few life lessons. I signed her right up, happy she could be included. Her soccer is on Tuesday nights, starting at 6:30.

The first night I started out with such high hopes. I opted to take the younger two to their game and charged up my phone to be the mamarazzi. I found the field and the first thing I noticed was that there were kids every where. At the far end other kids were playing a game. On the opposite side kids were kicking the ball in random clumps. After a brief warm-up and welcome, we began…

I soon learned that this evening would not consist of a leisurely sit where I captured cute moments and sipped coffee. Instead, I spent the next 45 minutes convincing my kids to learn how to dribble a soccer ball around a set of cones.

The three and four-year-old immediately sensed my weakness and ran to opposite sides of the field. All around me kids were double teamed by an encouraging set of parents. Some even sipping a coffee or leisurely snapping some candid pics.

Meanwhile, I fought back the urge to cry and or abandon my children while searching for the head coach.

“I don’t think this is going to work out,” I said.

After explaining that my husband and much-needed soccer partner was across town with my other daughter we determined that we needed to switch up the schedules.

A few weeks later we settled the girls into a 5pm time slot so both my husband and I would be on hand to supervise. After a slightly less chaotic first round, (where both my husband and my five-year-old had to help corral the kids) we moved on to the main event.

I had been excited to see my oldest daughter play all day. It was the first game I was able to attend. The fact that she was actually going to play a game on a team excited me almost as much as the fact that I wasn’t expected to participate in any way.

My husband decided to take the two younger girls to the park and I settled onto the sidelines to cheer her on.

And as the ball was put in play, it became painfully obvious that not only is my daughter afraid of the ball, she is also afraid of other players. She was adjacent to the plays at all times while avoiding any actual contact with the ball.

All it took was one soccer game to turn me into THE psycho mom. Luckily I got us out of there before I could be politely asked to never return.

For a former soccer player and self-proclaimed control freak/sore loser, it was a nightmare. Still, I bit my tongue and cheered her on. Halfway through she decided she wanted to go home. I reached into my mom play book. Well I can’t let her quit because then she will never finish anything in life. It’s important for her to be part of a team now so in high school she is playing sports and not doing drugs (mom logic). I can’t just let her leave.

What happened next was a hot mess power struggle where I tried to nudge her back on the field and she began crying to go home. In the end, we compromised on leaving without her freezie. All it took was one soccer game to turn me into THE psycho mom. Luckily I got us out of there before I could be politely asked to never return.

And so Tuesday has arrived again. My youngest fell asleep on the way to soccer after skipping her nap and the four-year-old divided her time between sitting in the bleachers and laying down in the grass. After 30 painful minutes we relented and let them go to the park.

As we geared up for round two my saintly husband suggested I head home with the little ones and get some time to write (drink wine).

See you next week Tuesday. 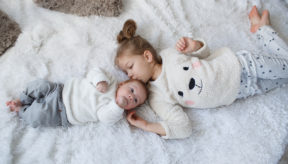 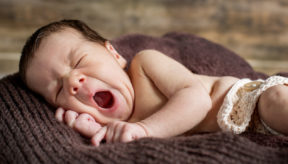