Laying in the Ruins of Back-to-School Shopping 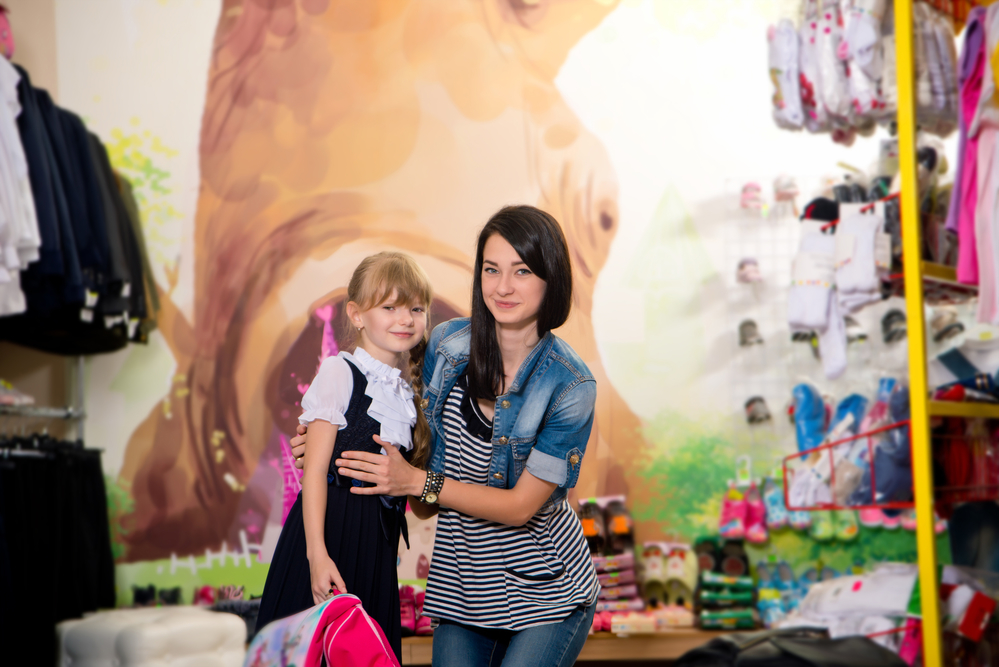 The mornings are starting to get a little cooler, morning lawns are wet with dew and once again September is rearing its ugly head.

This year’s back to school shopping has doubled in our house with my middle daughter about to make her mark on the wild world of kindergarten. I made the mistake of taking all three of my girls to shop for clothes this year. We hit our first clothing store and right away I was way out of my league. I allowed my emotions the better of me as I pictured my girls marching off to their respective first days with matching outfits and oversized backpacks.

As I was brushing away my feelings of trepidation and excitement, my girls took the opportunity to begin to ransack the store, grabbing random items and deciding they all had to have matching baseball hats (after refusing to wear their hats all summer.)

That incident shook me up enough that I should have known better, but two weeks and one long trip to a cottage later, I found myself once again with all three girls in tow, shopping bound. The trip to the mall started off innocently enough, minor shopping followed by lunch. From there, we decided to try shoe shopping. We descended upon a major shoe retailer where the girls proceeded to ransack and violate the shoe aisle.

The object was to find a pair of shoes they can wear to gym class. It should be fairly easy, find two pairs of running shoes at a decent price. Instead, I found myself in a standoff, shoes cluttering the aisle as the girls chose pair after pair of impractical or expensive shoes. Finally, a salesperson had to intervene, offering us help and me an easy out of the store. The kids couldn’t help clean up their massacre since they would likely cause a bigger problem by putting the shoes back in the wrong box. So we left empty handed like huge a-holes.

I agreed to the boots on the condition they would also try on running shoes as well. The only one that would agree to a pair was my three-year-old who didn’t need a pair in the first place.

Next, we ended up at Walmart, since I knew I could find the latest light up character shoe of the moment easily. After spending a week away from the house, I had no idea what we needed at the house and proceeded to blindly re-buy every grocery item in our fridge and cupboard except for the three items on my grocery list.

From there we headed to the shoe aisle. I was able to find Yokai-Watch shoes, which is an obscure anime show my middle daughter is obsessed with.

Yes! I thought silently. One down.

I proceeded to show her the shoes and although she was over the moon excited for about two minutes, she then decided she didn’t want them since they were ‘boy’s shoes.’

She also wasn’t interested in any of the bright pink and purple character shoes either. She wanted rain boots.

Soon after my other two insisted they wanted rain boots too. I agreed to the boots on the condition they would also try on running shoes as well. The only one that would agree to a pair was my three-year-old who didn’t need a pair in the first place.

The other two refused. So I decided to grab the cheapest, ugliest pair of Velcro shoes I could find and let their dad take them shopping for the other pair.