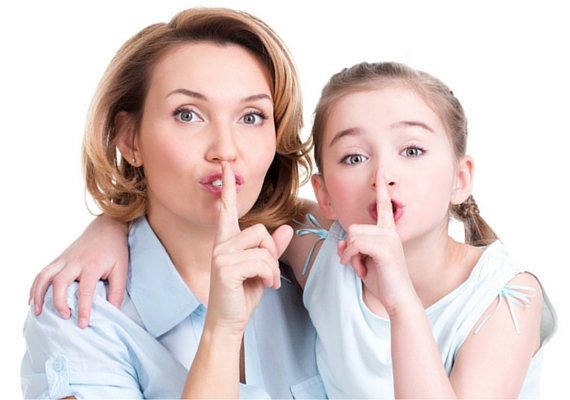 Every parent has one, even if they won’t admit it. A dirty little parenting secret. No matter who you are or how many parenting books you read, there is always a weakness.

And you bet your ass your kids are going to find it.

For some parents, they have the kid who has exceptional manners but refuses to eat anything green. Other kids refuse to shower, sleep, use the damn potty, or in the case of my youngest daughter, give up breastfeeding.

Of course, this is not something I advertise to anyone. It’s the part I left out when catching up friends and family over the Christmas holidays. After all, it’s something that I once happily did in public and now quietly agree to in private.

My breastfeeding journey (on and off for over five years) was one that started off with a fight. After a long and complicated delivery of my first daughter, I found myself alone within a recovery room and my baby across the ward in the NICU.

“Tell them under no circumstances are they allowed to give her formula,” I instructed my husband.

As a recent viewer of Dr. Jack Newman’s Visual Guide to Breastfeeding, I was well aware of my ability to advocate for my baby. “I will pump for her,” I promised the nurse. “If you have to feed her you can use a cup and not a bottle. I DON’T WANT NIPPLE CONFUSION!”

Less than 12 hours after birth I was able to feed my baby. There was a slight learning curve but no major issues. We happily continued for the next nine months until my newly pregnant body wore out and my oldest was switched to a bottle.

My second daughter was more of a challenge. After an early appearance, it took a few days for my milk to come in. Cluster feeding combined with a baby who refused to sleep anywhere but in my arms almost drove me to formula. I put in a tearful request to my husband to run out for some, but luckily my mom came to my rescue. She took the baby to let me sleep and then showed me the benefits of baby wearing. With this intervention, we were able to continue to nurse until my third pregnancy.

My youngest daughter is a different story. Although our breastfeeding journey started off normally, by her first birthday she was showing very little interest in solid foods and instead wanted nothing more than to nurse. She would keep me up all night wanting to supplement her meager calories and refused to eat at mealtimes. At my doctor’s request, I began adding cream and butter to her foods in an attempt to fatten her up. I also cut off her night time feedings to also encourage her to eat. She did gain some weight but was still much smaller than other babies her age.

It was around this time that I began getting pressured to wean her. My mother-in-law promised to take all three kids for the weekend once I stopped feeding her; my husband demanded ‘his’ boobs back. I decided that her second birthday would be the cut-off point, but as the fateful day came closer one thing became clear.

It could be the fact that she is my last baby and therefore I will not ever get a chance to breastfeed again, but a bigger part of me thinks that once I let go of breastfeeding she will let go of having a nap.

And so, that is how it came to be that we have this little secret. My husband and I have both tried to prepare our daughter for the day the boobies go on an infinite hiatus. We told her the ‘baba fairy’ is going to come and take all my milk away and bring her a very special sippy cup. She seemed happy enough with this scenario and yet still nothing has moved forward. I have said many times I wished she would just self-wean, but when you have a kid that loves boobs like this one, I’d be waiting for junior high. She is now rounding the corner to three with no end in sight. I’m slowly gaining the strength to make that faithful shopping trip. I’m preparing my heart for a baby that is growing up and a naptime that may or may not be a distant memory.

I have said many times I wished she would just self-wean, but when you have a kid that loves boobs like this one, I’d be waiting for junior high.

The funniest thing about writing about this topic was the response from my husband.

“It’s about parenting secrets,” I explained. “Like parents who can’t get their kids who don’t eat anything green…”

“You mean our kids?” He asked.

“Or sleep in their own beds…”

“No, we only breastfeed ours till three,” I assured him. “That’s the only thing I am going to admit to.”

Do you have a parenting secret to get off of your chest? I promise not to judge.