How The Weight Fell Off of Me After Having Children 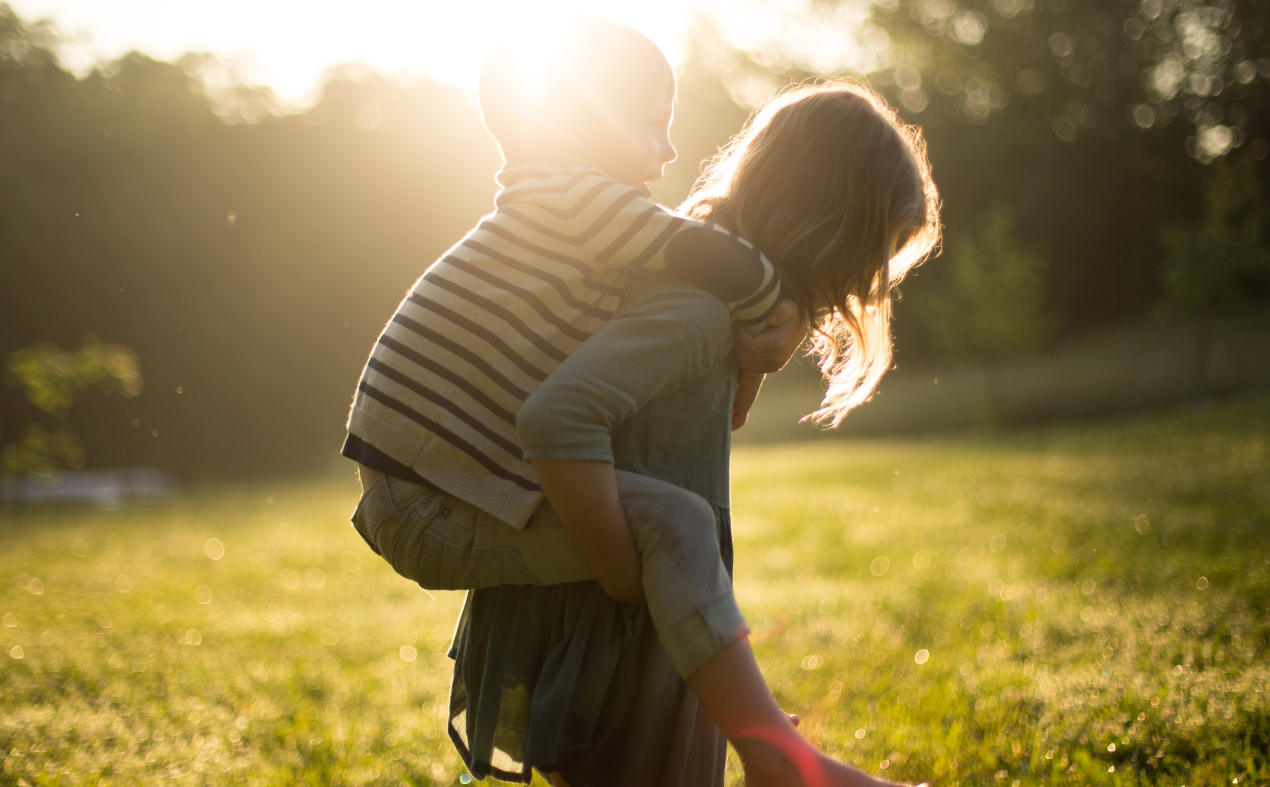 How does childbirth reflect your self-image? One writer takes a closer look at how the way she viewed her body changed once she became a mother.

Before I became pregnant, my weight was tightly tied to my self-worth. I measured a lot of my beauty based on the scale. This wasn’t blatantly obvious to those around me at the time. So even though weighing myself was sometimes quite sporadic, when I did, those pounds controlled how I would feel about my looks.

Comments about my body

I internalized every communication I had from peers and role models who spoke badly about themselves.

Every time I heard someone speak of that “need to lose weight,” I too felt that pressure that I needed to be losing weight.

Whenever anyone used the line, “you’re so skinny,” it was always followed by a harsh hit toward their own body. I started feeling like people were keeping close tabs on my body. After all, if they were calling me skinny I guess I’d better stay that exact way before they started calling me fat.

I felt like my body was being judged, marked; looked up and down by others and compared to

The weight that had such control over me as a teen and young adult started falling off me once I became pregnant with my first. A daughter. More than anything I wanted to help her grow to understand her worth and that beauty should never be tied to the scale.

First, the weight started falling off my lips. I started to be more aware of the way I spoke about my body.

I targeted the word ‘fat’ and diminished it from my vocabulary.

I became accountable and ashamed of those negative words I spoke of myself. Soon, I only spoke good things about my body. And I even started to take compliments with a “thank you,” instead of a rebuttal.

Next, my mind started shedding the weight. Those dark inner thoughts when I looked in the mirror started to not hold as much stage presence as they had previously. Because I no longer held the weight on my lips, my inner dialogue also underwent a makeover. For the better!

My mind was not in the clear yet though, as it still had those numbers rattling around. That’s when I knew the weight needed to come off my feet. Yes, my feet. I still stepped on the scale every once in a while, and I knew I had a daughter who would catch me doing it. I had to dig deep on this one. I asked myself one simple question, “why do I need to know that number?” The doctor office already had a record and my driver’s license was not due. So why did I need to know?

I finally realized what the scale was doing. It was giving me permission. Permission to either feel as beautiful as my lips and mind said I was or permission to feel ashamed and embarrassed over the body I ‘let go.’

I finally understood the hold that those pounds had on me. And it was because of my feet. So, I stopped stepping on the scale. I forgot the number and it no longer stayed in my mind. Then as time marched on, something extraordinary happened to me…

The weight fell off my heart. The very essence of who I am. I was finally freed from those numbers that controlled my self-esteem and body image.  Childbearing has not only blessed me with children, it has also given me a deeper perspective on bodies and beauty. Here I am three kids later and I’ve never loved my body more, nor felt as beautiful.

Have you been believing body lies or have you learned to love and embrace your body? Let us know in the comments!

Julie is a wife and mother of three little ones. She is a ranch-raised introvert and craver of the simple life. Faith is her anchor. Writing is her passion. And Country Best Blog is her blog. 'Journaling Is for You' is her book.