What Really Happens When You Allow Kids In Your Bed 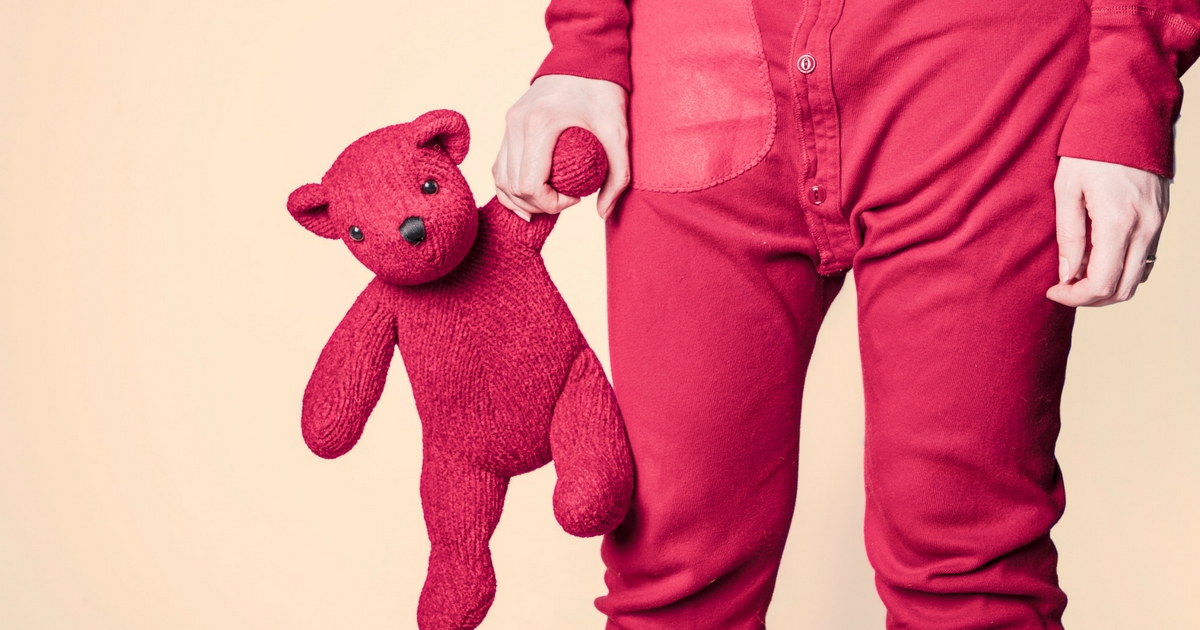 It always seems to happen the same way. I am perfectly content in a deep slumber when I hear a familiar creeeaaak of my bedroom door.

Immediately my body goes into an automated response: ghost or intruder? Either way, I’m completely f*cked because I am unable to lift my head off the pillow much left defend myself or my meager possessions.

Sh*t. It’s way worse than a would-be poltergeist or criminal. It’s my five-year-old.

At two p.m. on a regular day, I am a pretty good mother. I can enforce rules, be affectionate and caring, even bake cookies or any of the other crap I feel obligated to do and post on Facebook. But at 2 a.m. …

First of all, I am too disoriented to be on my guard. My brain is on slumber mode where the only thing I can process is which is the easiest way to get back to sleep. Since I am unable to make good choices, I decide to allow the child in question into my bed.

“I had a bad dream,” she claims, looking quite pleased with herself as she stakes a claim on my fancy pillow and leaves me with the bargain bin poly-filled crap I got from Walmart.

Even in the darkness, I can see her dad spread out in all his glory as my daughter clings to me like a second skin. She sweetly decides to place her face inches from mine so I can smell her dragon breath on each snarled exhale.

As she spread out, blissfully drifting off to a REM state, I found myself clinging to the edge of the bed desperately trying to fight off sleep lest I succumb over the edge. Finally, I decide to try and move my daughter slightly over towards the middle of the bed.

Even in the darkness, I can see her dad spread out in all his glory as my daughter clings to me like a second skin. She sweetly decides to place her face inches from mine so I can smell her dragon breath on each snarled exhale.

“Ugh” My husband loudly, deciding that the couch is a better option than my daughter daring to invade his personal space.

I feebly attempt to draw him back to bed. “Oh no…don’t…go…” I call weakly as I happily roll my daughter over to the now unoccupied pillow.

As I hear my husband fumbling around in the bathroom, my brain begins to turn back on and the guilt sets in. There is no guilt like mom guilt and for me, it always seems to want to strike in the middle of the night.

I really should just move her.

She’s only in here because she misses me.

I really should try and spend more one on one time with her. She’s only five after all. I miss her all day when she is at school. Why did I decide not to home school her again? Oh yeah, because at almost six she can barely ride a bike and not tie her shoes so I need to get a responsible adult to be in charge of her education.

I debate turning on the light and reading myself out of my shame spiral and into a coma but then nix the idea. After all, I don’t want to disturb my precious daughter’s sleep cycle. Instead, I begin to mentally list all the things I need to finish this week, dreading waking up the next morning. Somewhere between debating getting up and starting the day at 3:30 and calculating how much sleep I would get if I fell asleep at this exact second my body finally gave into slumber.

The moral of this story? When it comes to kids in the bed, just say no.

I finally wake at six a.m. when my youngest showed up and demanded to also be allowed in my bed to ‘snuggle’ AKA rob me of my last 30 minutes of sleep by invading my bed. When the alarm clock rang I found myself reaching blinding to smack it and in turn resetting the alarm rather than hitting snooze. I knew there was no way I could just snap out of bed at that moment, so instead I let ‘Jesus take the wheel’ and decided to fall back asleep in a type of Russian roulette where I may or may not be extremely late.

Of course I ended up waking up with just enough time to get my children dressed just well enough to not look homeless, but still appear to come from a troubled family. I opened my fridge and found a box of doughnuts and a couple of leftover fries and nuggets. Then, in true mother of the year fashion, I got the pleasure of driving my kids the five-minute walk to the bus stop, braless, hair dreadlocked and pyjama clad.

Before I had kids I would take at least an hour to get ready each day. A decade later I am willing to do the walk of shame to the bus stop for an extra hour of sleep. The moral of this story? When it comes to kids in the bed, just say no.